Catch the latest news and updates in our weekly email communciations archive.

Submit your senior photos, order a yearbook, and get the latest Yearbook news.

Scroll down for additional links.
ClassLink

Login to ClassLink to access Infinite Campus and other learning applications. 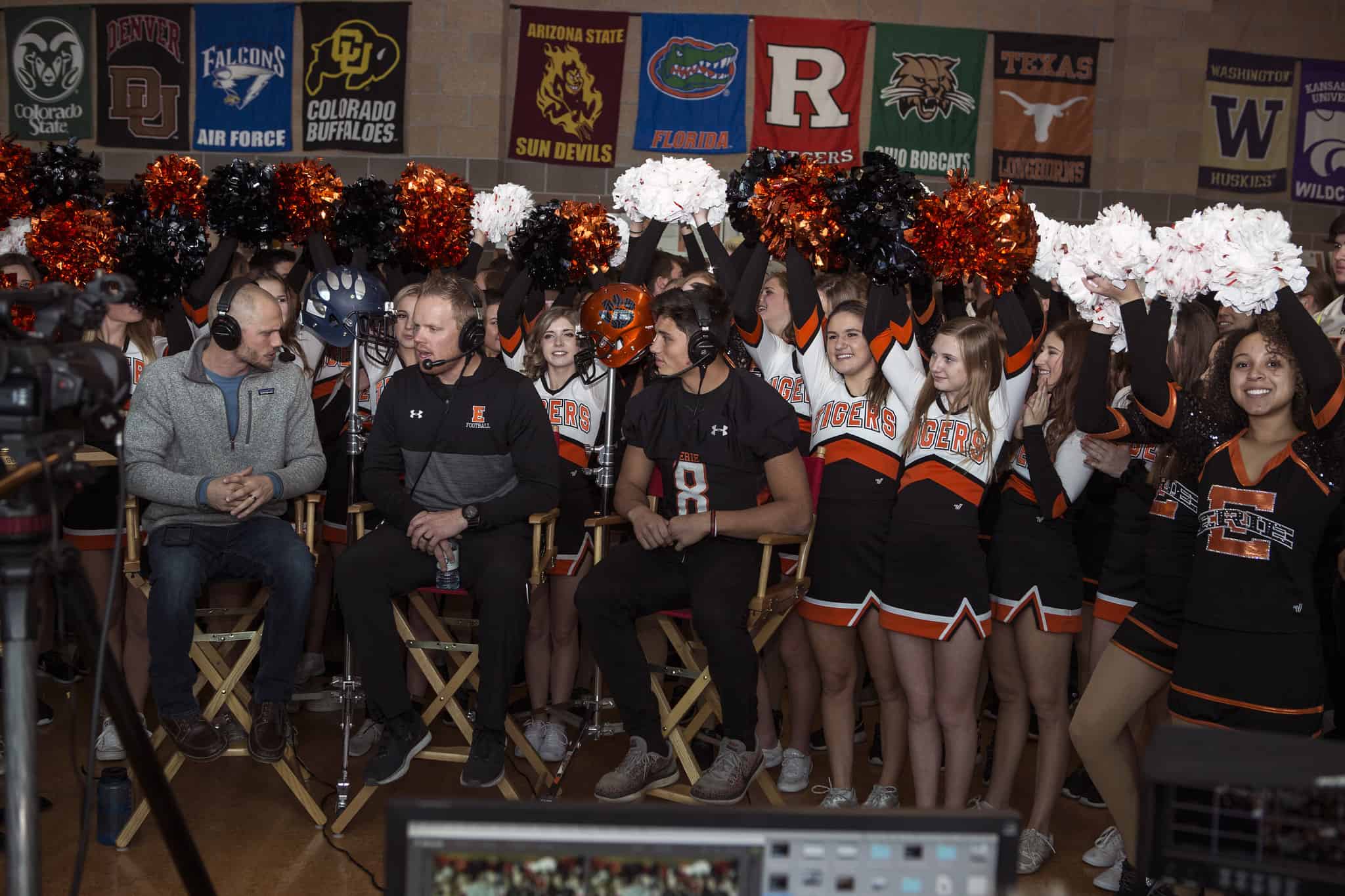 Students must maintain a strong academic standing in order to participate in athletics. These athletic eligibility standards are established by the Colorado High School Activities Association in conjunction with St. Vrain Valley Schools.

Erie High School follows the CHSAA Eligibility Plan A for general eligibility requirements.  This means that the student cannot be failing more than one class during any week of a sport season nor fail more than one class in any one semester.  Students also must always pass a minimum of 2.5 credits in order to be eligible for Erie athletics.

WEEKLY ELIGIBILITY DURING THE SPORT SEASON

Weekly grades determine academic eligibility during the sport season. An athlete must be enrolled as a full-time student (at least 3.0 Carnegie credits), passing a minimum of 2.5 credits and failing no more than one class at any time. Coaches will explain their eligibility expectations at athlete/parent meetings to be held prior to each sport season.

During the season, daily attendance reports will be run and will be reported to the head coach. In order to eligible to play in games, the athlete must be marked present in at least 50 percent of his/her classes on that same day.  Unless the student’s absence is caused by an extenuating circumstance (i.e. death in the family) or the student has received prior approval by the athletic director and is not in 50 percent of his/her classes that day, he/she is not allowed to play.

Take a look at some of our recent news.

College Algebra is Coming to EHS!

College Algebra is coming to EHS! Rising Seniors: Erie High School is excited to announce that College Algebra, in partnership with Front Range Community College (FRCC), will be a course option for rising seniors beginning the 23-24 school year. College Algebra will be a 1-semester course taught by an FRCC instructor. Students who pass College […]

Community Update – 02/03/2023 Dear Erie High School families, Thank you for your support and engagement during another outstanding week at Erie High School.  I appreciate the dedication and commitment shown by our 9th, 10th, and 11th-grade students in completing their practice PSAT/SAT tests, and I am proud of the great collaboration of our teachers […]

This year, EHS had SIXTEEN(!!) students make it into Colorado All-State Choir! This is a HUGE accomplishment and we are so proud of them. We would like to extend an invitation to all of our community to attend the performance. Not only will their performance AMAZE you, it’s special for our singers to know our […]